Beatlife was founded in Stockholm back in 1997 by two talented producers and songwriters. It didn’t take long until the first success – the year after Beatlife scored their first entry to Melodifestivalen, the Swedish pre-selection to the Eurovision Song Contest, and from there on it has only expanded.

Beatlife has delivered songs and productions to Swedish artists like Jill Johnson, Jan Johansen, LaGaylia Frazier as well as to artists all over the world, including countries such as the UK, Austria, South Korea, Brazil, Taiwan, South Africa, Denmark, Japan and the USA.

We’ve delivered production masters, songs and film scores as well as jingles and music for commercial purposes. Our music has been featured on several TV-shows (Idol, Popstars, MusicStar, Fame factory) in Sweden and other countries.

In Melodifestivalen we’ve had no less then seven entries, at one year actually three songs competing against each other!

Beatlife also designed and manufactured a series of monitor stands for professional studios called Producerstand M25 and Producerstand A25-Pro. Sales of these has now extended over the Swedish borders.

We’re currently working – among other things – with a new single for nedre botten and a full length debut release with Sad Jack. We’re also preparing for a  follow up single with sister duo Jos & Gab. 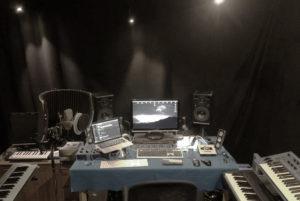 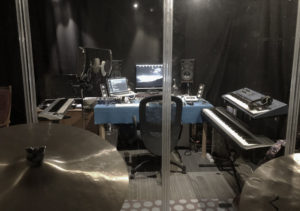 Beatlife – Studio B – from outside and inside drum booth